VACCINE DANGER WARNING FROM THE RESISTANCE 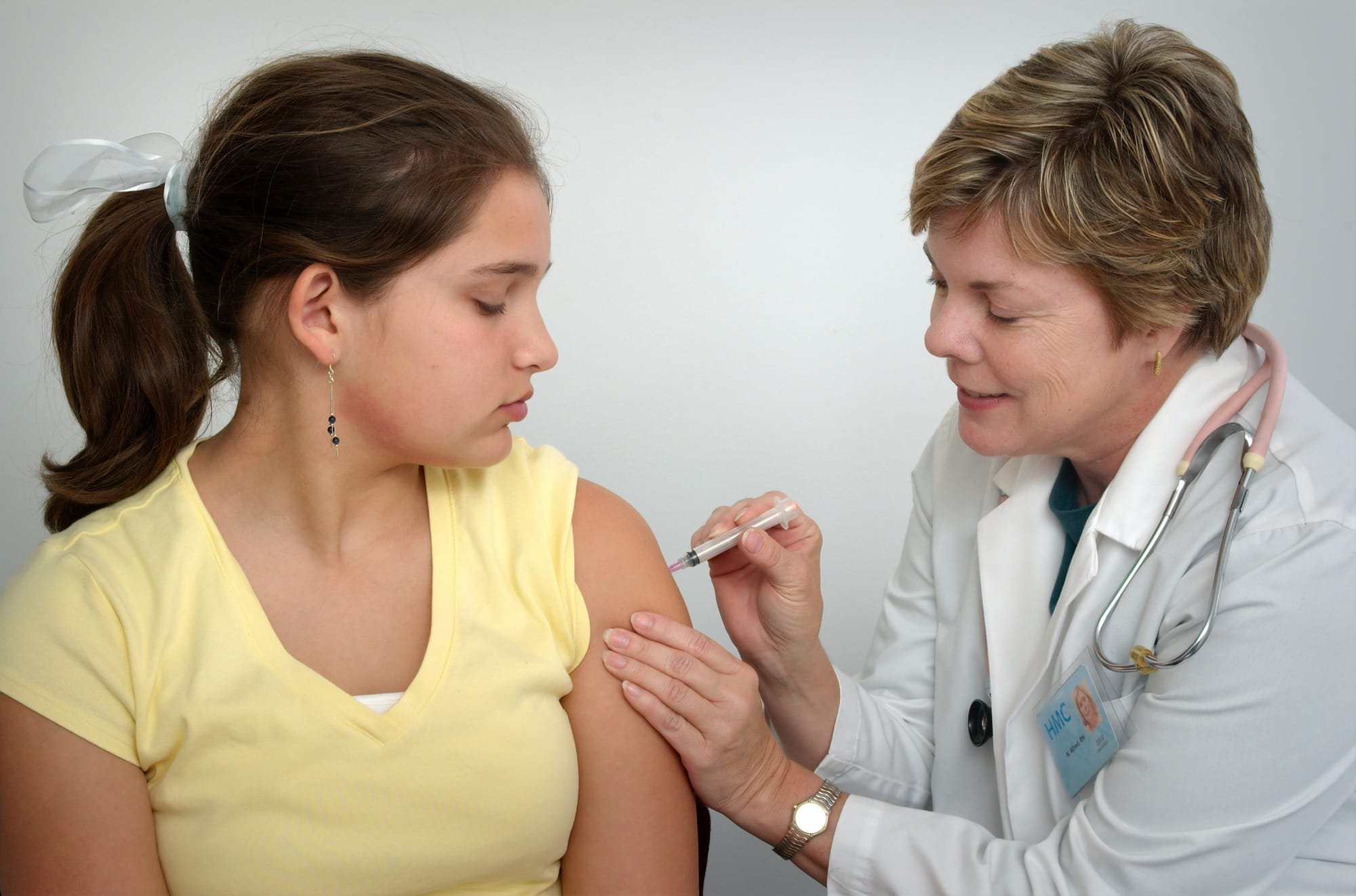 We at the Online Resistance Movement feel it as our duty to warn the citizens of the UK of the DANGERS OF THIS NEW COVID19 VACCINE, that has been fast-tracked.

According to retired general medical practitioners : Dr. Vernon Coleman, Dr. Colin Barron and the World Doctors Alliance - this new vaccine is potentially DANGEROUS.  It has not been tested properly and all of the doctors AGREE that it takes many many years to produce a relatively safe vaccine.  According to Dr. Vernon Coleman, the minimum amount of time to produce a relatively safe vaccine for general public use is 10 years and even then, the vaccines are never 100% safe for use.

We are extremely concerned because the propaganda media are spreading it around that this new covid19 vaccine will be doled out to the general public BEFORE Christmas of THIS YEAR - 2020.  And the nazi puppet Boris Johnson has ALREADY indicated that the vaccine WILL be ready to be given to the public BEFORE Christmas 2020.  They have EARMARKED SPECIAL GROUPS to take the POISONOUS microchipped vaccine first.  The unfortunate groups are - the 21st century Jews - the ELDERLY people over 70 years of age.  The second group who have been earmarked for the toxic poison are the frontline healthcare workers.  The rest of the population will be jabbed with the toxic poisonous vaccine during early January  2021up to April 2021.  That is the UK nazi government plan, however, many people are ALREADY resisting this EVILNESS and this group of people will NEVER have the toxic poisonous microchipped cancer causing vaccine.

This spells DISASTER because Astra Zeneca drug company are the ones getting this vaccine ready to be doled out to the general public.  Astra Zeneca have a terrible track record when it comes down to VACCINE INJURY CLAIMS and VACCINE INJURY DEATHS.  Astra Zeneca have paid out literally BILLIONS and BILLIONS of dollars because their past vaccines have caused their unfortunate victims debilitating LIFE CHANGING crippling conditions, whereas before these vaccine victims took the POISONOUS JUICE - they were HEALTHY individuals.  Many more thousands of people DIED through Astra Zeneca's TOXIC VACCINE JUICE.  We are WARNING you to be extremely wary and careful regarding this fast-tracked vaccine. If you are healthy - you DON'T nee a vaccine of any description.  If you are UNSURE WHAT TO DO, then our advice to you is DON'T HAVE THE VACCINE.  That is your SAFEST OPTION.

GlaxoSmithKline are also producing a TOXIC POISONOUS VACCINE for covid19.  That too has been fast-tracked and this drug company have ALSO BEEN overhwelmed with vaccine injury and vaccine deaths claims from their previously healthy victims and victims families and they too have shelled out billions and billions of dollars for vaccine injuries and vaccine caused deaths.

It is our duty to remind you all again of the DANGERS of these TOXIC POISONOUS VACCINES.  During the first few weeks of the Astra Zeneca covid19 vaccine trials - they had to PULL THE PLUG out of the trials, as several HUMAN GUINEA PIGS fell ill with TRANSVERSE MYELITIS which could cause the victim to become CRIPPLED for life.  If you don't know anything about anatomy, I can enlighten you all about the MYELIN SHEATH that surrounds your spinal cord.  This vaccine ATTACKS the myelin nerve sheath and DESTROYS the nerve sheath, causing extreme severe inflammation and in many cases, it usually ends up with the victim eitehr being PARALYSED for life, GONE BLIND for life or DEATH will swiftly follow.  Your spinal cord is PROTECTED by this myelin sheath and once that is DESTROYED - that is IT and it is IRREVERSIBLE.  So, if you are all healthy - DON'T have the vaccine.

This is SO SAD, because there are some individuals that we just cannot get through to at any cost.  And according to Dr. Colin Barron, these individuals who cannot be persuaded about the REAL TRUTH have INGRAINED beliefs and those beliefs cannot be moved or bargained with.  They believe that the government will NEVER lie to them.  They NEVER question the government when something is wrong - like the ENFORCEMENT of HARMFUL FACE MASK wearing - they NEVER question it, they just do as they are told.  And most of these brainwashed people are trying to DRAG us down into the deep dark pits of hell with them. Our team couldn't get through to several people whilst we were handing our truthful leaflets in the village and some of them were angry frightened individuals.  However, we are NOT giving up the FIGHT FOR FREEDOM.  We will CONTINUE TO SPREAD THE TRUTH.

These people with their FIXED beliefs may become a problem in the not too distant future.  It is within these groups of people that will roll up their sleeves to take the toxic poisonous microchipped cancer causing vaccine.  If the vaccine is given to the two groups and these groups accept the vaccine, then during the first 6 months of the following year 2021, we will start to see people DROPPING DOWN DEAD like flies.  I apologise if I sound too harsh to you all, but I was brought up by parents who always told me to TELL THE RUTH, NO MATTER HOW BAD or HOW GOOD the truth was.  And this IS the truth and people WILL start to DIE from the toxic poisonous vaccine.  Then I guess all of this makes sense, no matter how evil it is, because it is following in the lines of the United Nations Sustainable Development program - the Agenda 21 plan to DEPOPULATE the earth to around five hundred thousand people from seven billion people by the year 2030.

And one final word of advice - if you do decide to take the unproperly tested vaccine and you do become injured, crippled or killed - there will be NO compensation for you or your relatives if you are killed by the vaccine.  This new covid19 vaccine comes with LEGAL INDEMNITY ordered by Bill Gates - that anyone who is injured or killed by this vaccine will receive NO compensation of any description either from the government or the manufactureer of the vaccine.  So you just mull over that for a while and you will eventually see the BIGGER, BROADER and CLEARER picture.  The evil wannabe 21st century world nazi ruler ALREADY knows that the vaccine is UNSAFE as it was HE who ORDERED the LEGAL INDEMNITY, to stop vaccine injured people from filing lawsuits for damages.

During our campaign we have lost many friends, who have turned TRAITOR and BETRAYED us, preferring to collaborate with the UK nazi government; but we have also made some NEW FRIENDS who FULLY SUPPORT OUR CAMPAIGN FOR FREEDOM.

We WILL CONTINUE THE FIGHT of The People vs The Government in World War III.

FIGHT THE LIES, SPREAD THE TRUTH, DO EVERYTHING YOUR GOVERNMENT HAS ORDERED YOU NOT TO DO