THERE IS NO PANDEMIC WE ARE BEING CONTROLLED 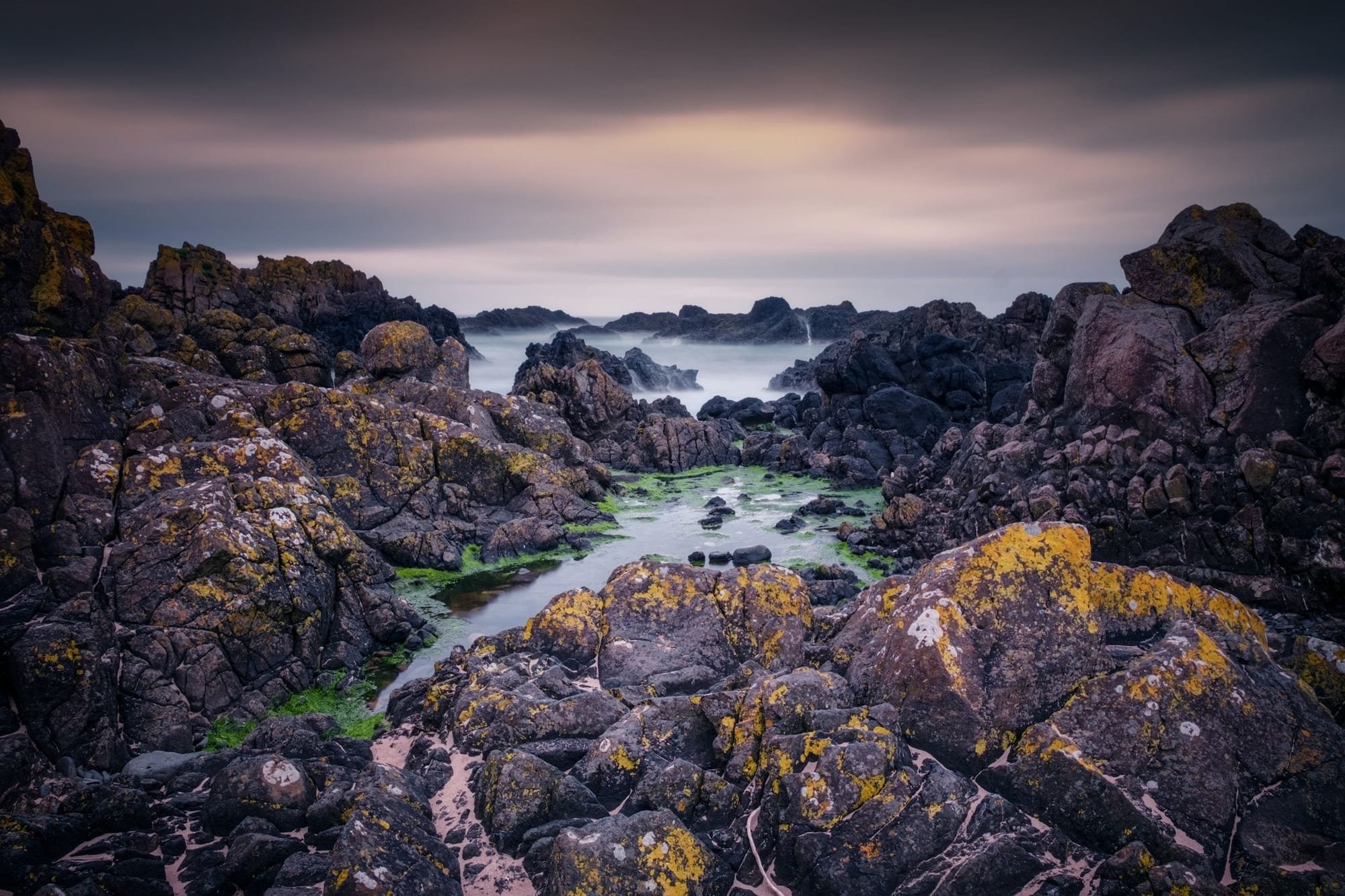 There is NO pandemic regarding this new COVID19 coronavirus.

We are being CONTROLLED for a reason and that DIRE REASON is pure and simply for POPULATION CONTROL and the United Nations Agenda 21 plan that has ALREADY commenced in its FIRST STAGES.

More people have DIED of STARVATION and SUICIDE because of this CORONAVIRUS HOAX.  They have been LIED TO, DECEIVED and BETRAYED by their own government.  And the corrupt government's aim is the UNITED NATIONS AGENDA 21 PLAN which has commenced and that is to THIN DOWN THE WORLDS POPULATION.

My own family were MURDERED 4 years ago because of this AGENDA 21 PLAN to thin down the worlds population.

My father was FORCEFULLY SHOVED INTO an NHS ambulance by nazi government officials from the panzer division of the Social Services. When he reached his destination - the NAZI NHS KILLING HOSPITAL, he was THREATENED AGAIN and BULLIED onto a WARD AGAINST HIS WILL.  During his short KILLER HOSPITAL STAY he was DRUGGED UP AND STARVED. He DIED following the surgical procedure that my late sister and I ORDERED THEM NOT TO DO, because they would KILL HIM and that IS EXACTLY WHAT HAPPENED.  Older people don't take too well to SURGICAL PROCEDURES and TOXIC DRUGS.

My youngest sister fell ill at Christmas 2015.  She was placed under A LOT OF PRESSURE by the LYING, BETRAYING general medicine doctor to attend the clinic.  She told him that she was NOT coming to the surgery and he acted like she should.  I actually mentioned to her that the only way we would GET THEM OFF OUR BACK was to go get these blood tests and them come away.  And THAT was BAD ADVICE.  I had absolutely NO IDEA that general medical doctors had SUCH EVIL COMMANDING POWERS at that time.  I TRUSTED the medical professionals and that TRUST WAS BETRAYED. When we arrived at the clinic that day, she was FORCEFULLY SHOVED ONTO an ambulance trolley and spirited away to a waiting ambulance and she was SCREAMING and PROTESTING ALL THE WAY.  I followed that ambulance in the car and realising that I had made a BIG MISTAKE, I was crying all the way following the ambulance to the hospital.  Then I had this plan for us to WALK OUT OF THE E.R. when we arrived there. Many years ago that would have been POSSIBLE, because at that time they were REAL HOSPITALS, NOT PRISONS. When we arrived at E.R. I was SHOCKED to witness that the ambulance team were STILL STOOD NEXT TO HER and she was STRAPPED DOWN ON THE TROLLEY.  I told them to LEAVE and they REFUSED.  She was booked into E.R. and shoved into a cubicle.  That was the FIRST time these bastards had left us ALONE TOGETHER and I tried to help me sister off the trolley bed and I was going to wheel her out of the hospital in a hospital wheel chair.  She was SO HEAVILY SEDATED by this time that she was unable to assist me and I couldn't get her off the trolley bed.  The killer nurse came into the cubicle and commenced the FIRST STAGES OF MURDERING MY SISTER.  She pumped my sister with HIGH DOSES OF LETHAL DRUGS - NARCOTICS, OPIATES, SEDATIVES, etc., and God knows what else.  Fifteen minutes later the killer nurse came back with another COCKTAIL of LETHAL DRUGS.  Fifteen minutes later the killer nurse came back with yet another LETHAL COCKTAIL OF DRUGS and it was at this stage that I CHALLENGED the killer nurse and demanded to know if she was attempting to KILL MY SISTER.  A fight broke out as I tried to STOP this maniac from KILLING MY SISTER.  Security was called and I was thrown out of the hospital.  Twenty One days later with NO FOOD, NO WATER and an ABUNDANCE OF LETHAL KILLER DRUGS - MY SISTER (MY PAL) EXPIRED.

My mother was subjected to LETHAL DRUG ABUSE administered by the SAME KILLER HOSPITAL, she was STARVED and DRUGGED UP and SHE EXPIRED.

My middle sister was DRUGGED UP by TOXIC DRUGS and she died during Christmas of 2018.

What happened to my family was DELIBERATELY PLANNED, it is all part of the UNITED NATIONS AGENDA 21 PLAN to thin down the population.  It is instructed that EACH country to implement their OWN AGENDA 21 plan that is to be synchronised with the REST OF THE WORLD.  And THAT is what is happening right now and it is MURDER.

The Gestapo CID detective DEMANDED my father's house deeds and at that time, it MADE NO SENSE AT ALL.  It does now because what was happening was ALL PART OF THE UNITED NATIONS AGENDA 21 PLAN TO THIN DOWN THE POPULATION.  They planned to CONFISCATE my father's house and they NEEDED the house deeds.  And I STOOD IN THEIR WAY of CONFISCATING MY FATHER'S PROPERTY, so their plan was to PUT ME AWAY IN PRISON FOR CRIMES I DID NOT COMMIT.

They took some WEIRD, STRANGE and BIZARRE items from BOTH houses.  And even today, I am STILL baffled as to why the Gestapo took these items.  They even have PHOTOGRAPHS of the INSIDE of BOTH HOUSES.  Why?  I have absolutely NO idea.

If anyone knows why they took the following items that were NOT connected to my family's deaths, I would appreciate your INPUT :

They took an HALF EATEN SOGGY BISCUIT, a tub of HOLLAND & BARRETT - MUSCLE BUILDER (that my father was using to gain weight).  And an OLD RECYCLED TOOTHBRUSH that was kept inside a plastic container on the bathroom floor and we used this old toothbrush to clean around tight corners of the taps/faucets.  ANY IDEAS?  I am STILL BAFFLED and it is now 4 years on.

All of this occurred in January 2016 and my sister's state autopsy was performed in February of 2016.  The Gestapo came back AFTER the state autopsy and with RED FACES said : "I'M SORRY WE PUT YOU THROUGH ALL THAT, WE MADE A BIG MISTAKE."

The United Nations DEPOPULATION PLAN is RAMPING UP and this war of THE PEOPLE vs THE GOVERNMENT is ACCELERATING.  In the coming months there will be MORE ILLEGAL LOCKDOWNS, MORE ILLEGAL ON THE SPOT VIRUS CHECKS, MORE STARVATIONS, MORE SUICIDES, MORE RESTRICTIONS and pretty soon our FREEDOM OF SPEECH WILL BE ARCHIVED TO THE ANNALS OF HISTORY FOREVER.

We NEED TO FIGHT BACK NOW.

THANK YOU FOR ALL OF YOUR SUPPORT, WE REALLY APPRECIATE IT.