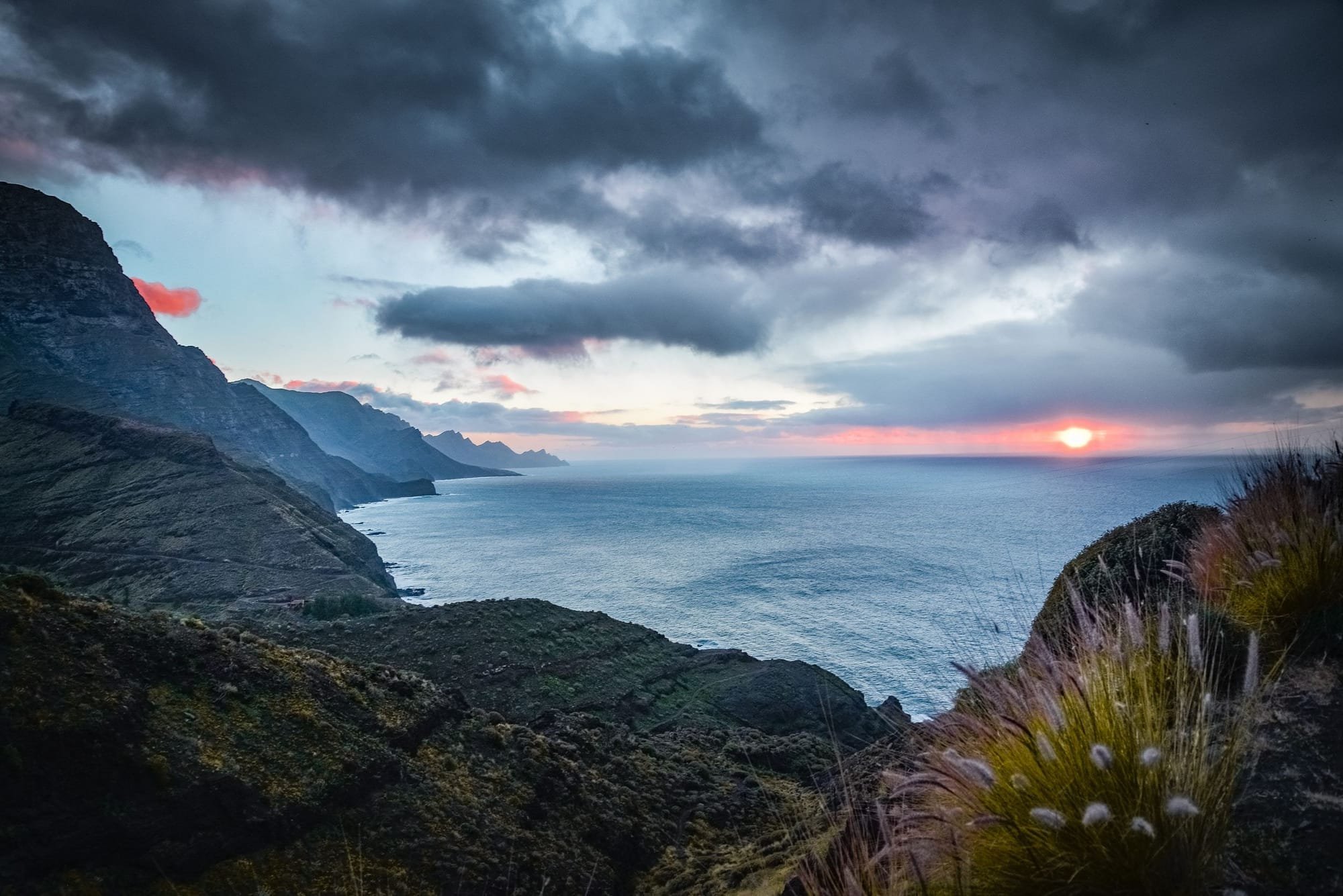 Unless you haven't noticed just yet - WE ARE AT WAR.  Yes, that is RIGHT - WORLD WAR III has commenced and it is THE PEOPLE vs THE GOVERNMENTS OF THE WORLD and THEIR MAD ASSOCIATES.  This war is UNLIKE any other war that preceded it and it is FRIGHTENING AND TERRIFYING, because the ENEMY is NOT glaringly obvious and there are NO BULLETS, NO TANKS, NO MACHINE GUNS.  The weapons of war used by the ENEMY in this war is : PSYCHOLOGICAL WARFARE, TERRORISING CITIZENS, THREATS, INTIMIDATION OF THE PEOPLE, HOUSE ARRESTS OF THE WHOLE NATION, OPPRESSION, SUPPRESSION (OF THE TRUTH) USING VIRUSES AS THREATS AND INJECTIONS.  YES, that is RIGHT - VACCINES are USED as the MAIN weapon in this war.

Please google - United Nations Agenda 21 and Agenda 2030 - it is ALL THERE IN BLACK AND WHITE out in the open on the internet for ALL to see.  These agendas are TERRIFYING, FRIGHTENING and SICKENING.  I have NOT had a good nights sleep since I have been made aware of this HELLISH HORROR lurking in our midst.  The United Nations have been PLOTTING TAKING OVER THE WORLD FOR DECADES and it is NOW COMING INTO FRUITION and it is AFFECTING ME and HAS AFFECTED MY DECEASED FAMILY.  You really need to RESEARCH this VITAL INFORMATION yourself because being WELL INFORMED WILL PREPARE YOU FOR WHAT IS TO COME IN THE NOT TOO DISTANT FUTURE.

As the years progress, so will the TAKEOVER OF - THE NEW WORLD ORDER - THIS NEEDS TO BE STOPPED.  Part of their plans is to : ARREST ALL PROPERTY AND LANDOWNERS and CONFISCATE THEIR PROPERTY AND LAND, because in their eyes and in their minds PROPERTY AND LANDOWNERS can't do a good job managing their properties.  Then these people will be shepherded into LARGE RESETTLEMENT AREAS and FORCED TO LIVE INSIDE CROWDED CONDITIONS IN HIGH RISE CONCENTRATION CAMPS inside SMART CITIES so they can be EASILY CONTROLLED by the NEW WORLD ORDER and the NEW WORLD GOVERNMENT that NOBODY HAS ELECTED.

WHO ARE THE ENEMIES ASSOCIATES

United Nations, World Health Organisation, Bill & Melinda Gates Foundation, The Big Pharmaceutical Companies, Governments around the world.  THEY ARE ALL IN IT TOGETHER.  And they WANT TO TAKE OVER YOUR LIFE and USE YOU AS A SLAVE.  The REST of us WILL BE KILLED, EXTERMINATED OR STARVED TO DEATH, because we are classed as : NON ESSENTIAL.

WHEN DID WORLD WAR III COMMENCE / WHAT DATE?

It is difficult to define, because STRANGE things started happening to my family JUST OVER FOUR YEARS AGO, which at the time, DIDN'T make an awful lot of sense.  Since that time I have been searching for answers WHY this COLOSSAL TRAGEDY occurred and why was I made to suffer?  It is only JUST RECENTLY that EVERYTHING THAT I HAVE BEEN SEARCHING FOR HAS FALLEN INTO PLACE AND MAKES SENSE.  However, I have STILL NOT ACCEPTED THEIR DEATHS.  DEATHS THAT COULD HAVE BEEN AVOIDED, had I NOT TRUSTED the DASTARDLY, EVIL, STATE CONTROLLED NHS, that run their hospitals like NAZI STYLE CONCENTRATION CAMPS.  Once you GET IN, you CAN'T GET OUT. When the EVIL British nazi government started DISHING OUT UNREASONABLE AND UNACCEPTATBLE ORDERS FOR citizens to wear KILLER FACE MASKS inside shops and on public transport and BLAMING A NEW VIRUS THAT IS NO MORE DEADLIER THAN THE SEASONAL FLU - THAT is when I realised that my FAMILY HAD BECOME EARLY DEATH STATISTICS IN THIS NEW WORLD ORDER - NEW WORLD GOVERNMENT TAKEOVER.  The war could have commenced even before my family died.  As like I said - the ENEMY of the people is NOT glaringly obvious.  And who is BEHIND ALL OF THIS EVILNESS?  BILL GATES the owner of MICROSOFT.  He has BOUGHT into ALL of these organisations and governments and HE is the ONE who is PULLING THE STRINGS and MAKING THINGS HAPPEN.  Like his predecessors : POL POT, ADOLF HITLER, REINHARD HEYDRICH, HIMMLER, JOSEPH GOEBBELS - he is RUTHLESSLY AMBITIOUS and WANTS people to die.  His complaint is that : the WORLD IS OVERPOPULATED and he desires to DEPOPULATE the world and he is doing this through : FUNDING : VACCINES and POPULATION CONTROL.  This billionaire EVIL TWATTING BASTARD needs to be STOPPED before he DESTROYS US ALL.  You DON'T want to be a SLAVE to the system and the REST of us DON'T want to end up inside the VACCINATION DEATH CAMPS. Bill Gates is CONTROLLING these governments and their associates.

Because we still had an element of trust for general medicine doctors in 2015, I acted UPON WHAT I WAS INSTRUCTED to do by the EVIL ASIAN DOCTOR who works for the NAZI NHS. It was only when THINGS DIDN'T SEEM RIGHT, that I STARTED TO CHALLENGE his authority AT THAT TIME.  My actions resulted in him calling the nazi security and nazi police on me and I was hauled away from my family WHEN THEY NEEDED ME THE MOST.

On November 18, 2015 NAZI SOCIAL WORKERS waited whilst I left my father's home, then they STRUCK.  My mother was back inside the nazi nhs hospital and my father was HOME ALONE.  My father was THREATENED that IF HE DIDN'T OPEN THE DOOR THAT THEY WOULD KICK IT IN.  What right did these strangers have to do that?  They had NO right.  It was my father's house and he was ALRIGHT at the time.  He did what he was ORDERED TO DO and OPENED the door to these NAZI THUGS.  He was then SPIRITED AWAY inside an ambulance AGAINST HIS WILL.  The very NEXT DAY - MY FATHER WAS MURDERED by a NAZI NHS SURGEON.

On Christmas eve 2015 my youngest sister fell ill.  I was so worried that I didn't know what was ailing her.  She had been sleeping a lot, not eating much and then she was complaining that she couldn't move and fell off the end of the bed in the early hours of the morning and she FAILED to lift herself up off the floor. That SAME EVIL ASIAN NHS doctor came to the house that morning with a mission to COERCE my mother (who was back out of hospital) INTO A SCRUFFY NAZI RUN GOVERNMENT CARE HOME. It was at that point that I trusted the doctor for the  VERY LAST TIME.  I asked him for advice because my sister's illness was worrying me.  I didn't ask him to POKE HIS UNWANTED NOSE INTO OUR AFFAIRS, I was just asking for advice. He poked his nose into our affairs and after the Christmas week had ended, I naively and foolishly took my poorly sister to the surgery for blood tests, because this doctor had PRESSURISED me into doing so, even though I could STILL have REFUSED, but I TRUSTED him.  It was on Monday January 4, 2016 when this EVIL doctor FORCED my sister into HOSPITAL against her will.  I followed the ambulance to the nazi nhs hospital in the car.  At the hospital, I tried so hard to get my sister out of E.R.  At one time, you could WALK OUT OF E.R. - NOT TODAY, because it is NOT a NORMAL hospital and there was SECURITY EVERYWHERE, even the ambulance crew were in on it and they ENSURED that my sister was GOING NOWHERE and she was kept STRAPPED onto a hospital trolley because she was PROTESTING.  This is the stuff of EVIL NIGHTMARES, but UNFORTUNATELY, it was TRUE and I tried SO VERY HARD TO STOP THIS EVILNESS.  It was at this juncture, that I KNEW SOMETHING WAS WRONG and I started to PROTEST.  I stood by and WATCHED the EVIL NAZI NHS NURSE administer the FIRST of SEVERAL ROUNDS of LETHAL OVERDOSES OF TOXIC POISONOUS DRUGS into my sister's body and this was done INTRAVENOUSLY and it OCCURRED EVERY 15 MINUTES.  When this EVIL NAZI NURSE came back a THIRD time in another 15 minutes - I CHALLENGED HER, I said "ARE YOU TRYING TO KILL HER?" And the nazi nurse's reply was "I KNOW WHAT I AM DOING."  Apparently SHE did and she was EXTREMELY successful at it too, because MY SISTER DIED - SHE WAS POISONED TO DEATH - STRAPPED ONTO AN HOSPITAL TROLLEY.

April 16, 2016 My mother had been LETHALLY OVERDOSED BY DANGEROUS, TOXIC DRUGS by nazi collaborators inside the scruffy nazi government care home and she DIED.

December 27th, 2018 My middle sister was DELIBERATELY POISONED to death by nazi collaborators inside a care home and she SUCCUMBED to the LETHAL DOSES OF DANGEROUS TOXIC DRUGS.

Recently, when people were ORDERED to go OUTSIDE and clap the EVIL NAZI NHS, it made me feel PHYSICALLY ILL.  I could hear these BRAINWASHED CRETINS - clapping, banging on tin cans, hooting car horns - every Thursday and I heard that THROUGH CLOSED, LOCKED DOORS AND WINDOWS and I was really SADDENED by this SAD empathy for a BUNCH OF EVIL NAZI KILLERS.

I visit mainstream media frequently and all they pump out to their audiences is : A BUNCH OF LIES AND EVIL PROPAGANDA.  Most of them are VERY SAD BRAINWASHED people, they believe that they WILL BE GIVEN THEIR FREEDOMS back by Christmas if they DO AS THEY ARE ORDERED.  Unfortunately - that is NOT going to happen, the situation WILL get worse, MORE freedoms will be taken away from the people and we are IN FOR A VERY LONG WAR. Right now, my predictions are coming true - here in Britain - Our FAT EVIL REICHPROTECTOR - BORIS JOHNSON is EXTENDING THE SELF ISOLATING PERIOD FROM 7 DAYS TO 10 DAYS.  And there is MORE TO COME.

PLEASE JOIN OUR RESISTANCE MOVEMENT - TOGETHER WE STAND - WE WILL FIGHT BACK AND WIN THIS WAR.