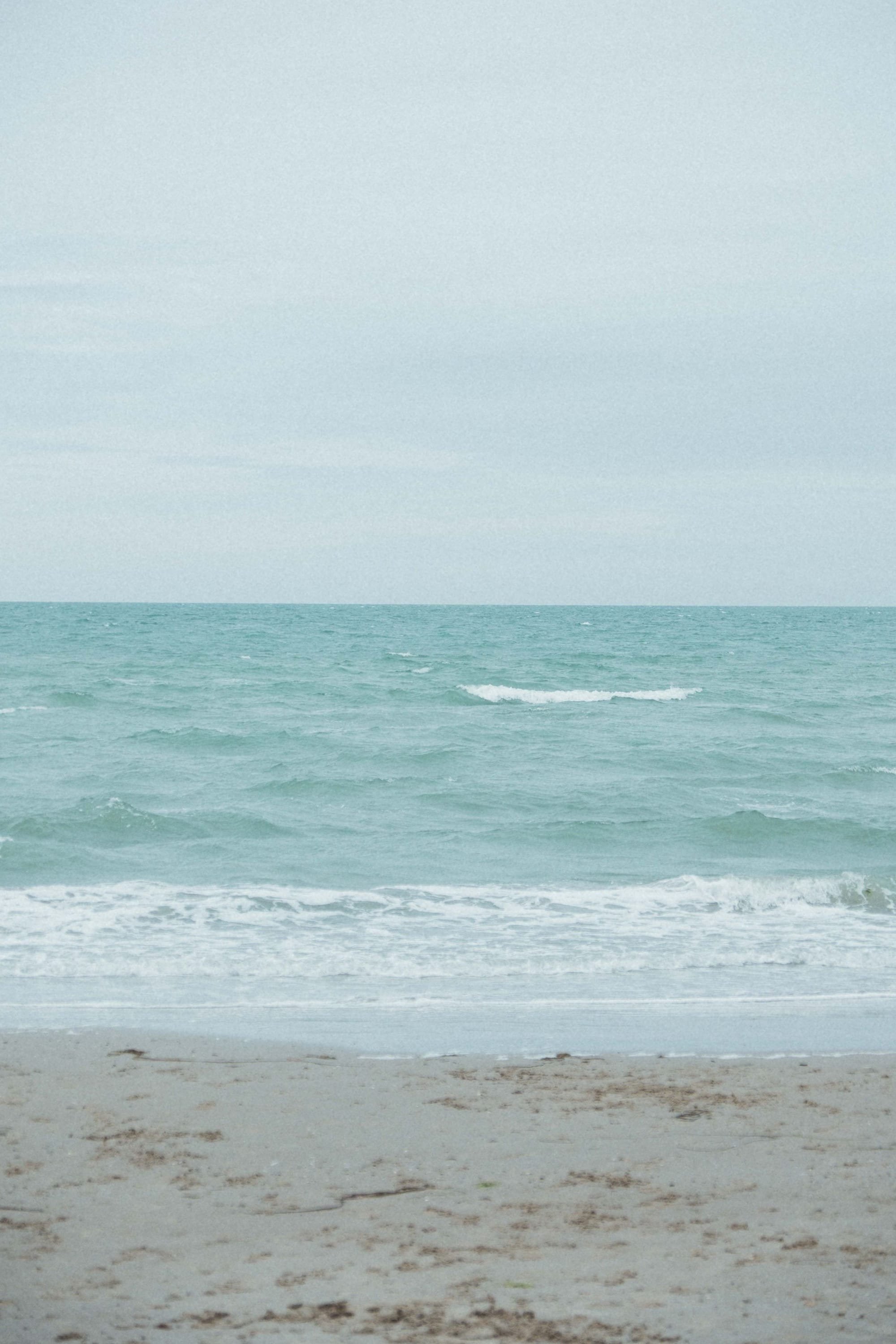 The following nhs staff should be INVESTIGATED for MURDERING my whole family 4 years ago :

So far, these EVIL criminals have gotten AWAY WITH THE MURDER OF ALL 4 MEMBERS OF MY FAMILY.  They used their ASSOCIATES to OPPRESS me and keep me away from my family when they needed me the most.

ALL OF THESE EVIL ACTS are connected to the : NEW WORLD ORDER and the NEW WORLD GOVERNMENT that is taking shape RIGHT NOW.  The EVIL wheels of the United Nations and their AGENDA 21 AND AGENDA 2030 have ALREADY STARTED and it NEEDS TO BE STOPPED before these EVIL ORGANISATIONS end up killing EVERYBODY on the planet.

My family became early victims of this TERRIFYING, NEW AND STRANGE WAR WITHOUT BULLETS, MACHINE GUNS AND TANKS.  The ENEMY is YOUR GOVERNMENT and their associates : United Nations, World Health Organisation, Bill & Melinda Gates Foundation, GMC, BBC, the Big Pharmaceutical companies.  Bill Gates is the SUCCESSOR to ADOLF HITLER, he is the DANGEROUS INDIVIDUAL who is CONTROLLING ALL OF THESE ORGANISATIONS.  Indeed, he controls our NAZI PUPPET LEADER BORIS JOHNSON.

Dr. Mistry, Dr. Adekunle, Samantha Hoggard and Maxine Orr are the MAIN perpetrators of this EVIL crime, they SAW to it that my family NEVER left the nazi nhs hospital alive.  And their collaborator consultants were IN ON THE DEAL.

Anita Cooper, the care home manager THREATENED my mother in front of me, she told my mother "IF YOU TRY TO LEAVE HERE, WE WILL CALL THE POLICE AND HAVE YOU BROUGHT BACK."  My mother was a PRISONER inside that scruffy government owned care home until the day she died.

David Pendrys mysteriously RESIGNED from his post as coroner following the death of my mother on April 16, 2016.  Apparently he had called the COPS ON ME TOO MANY TIMES, believing the CORRUPT EVIL DR. MISTRY'S LIES ABOUT ME.  I actually CHALLENGED Pendrys on the telephone two days following my mother's death and I said to him directly "ARE YOU GOING TO BLAME ME FOR MY MOTHER'S DEATH NOW?"  And he replied very nonchalantly "OH NO, I AM JUST WAITING FOR THE THUMBS UP FROM THE DOCTOR."  He had yet ORDERED another INQUEST into my mother's death.

Two months later, I called the coroner's office and a STRANGE VOICE answered.  I requested to speak to David Pendrys and was told that he had RETIRED.  I did mention that it seemed a bit STRANGE and too much of a coincidence to retire following the cock ups he made regarding the deaths of my family.  He called for INQUESTS on 3 members of my family and ORDERED an autopsy/postmortem on my youngest sister, BLAMING ME for my sister's death.  My sister DIED at the hands of the EVIL nazi nhs hospital staff, who administered LETHAL OVERDOSES OF DANGEROUS TOXIC DRUGS, delivered INTRAVENOUSLY - EVERY 15 MINUTES into my sister's body, but yet the coroner BLAMED ME, WHY?  Because this BENT BASTARD (Pendrys) believed the EVIL LIES of Dr. Ajay Mistry.  The man who answered the phone told me that HE was the coroner and his name was IAN ANTHONY.  Ian Anthony had taken up his post as coroner around September 2016 and he told me on the phone that HE KNEW NOTHING ABOUT MY SISTER'S CASE.

Two years later, I discovered that the MEDICO people had deceptively RETAINED my deceased sister's tissue samples from February 2016.  As I dug deeper, I was emailed a document SIGNED BY the current coroner IAN ANTHONY stating that HE (Anthony) has spoken with my mother regarding my deceased sister's tissue samples and that my mother had given him her blessing to KEEP AND RETAIN these tissue samples.  THAT IS ALL A CORRUPT EVIL LIE and A FRAUDULENT DOCUMENT.  There was NO signature from my mother on that document and I know for a FACT that IAN ANTHONY - NEVER spoke to my mother, because my mother was INCARCERATED inside a scruffy care home until the day she died.  And that was BEFORE April 16, 2016.  It is an IMPOSSIBILITY that IAN ANTHONY spoke to my mother as the coroner BEFORE April 16, 2016.  He was NOT the coroner at that time, it was DAVID PENDRYS.  And my mother knew NOTHING about NO autopsy, because I spared her the grief of knowing, because we had ALREADY RECENTLY LOST MY FATHER and now MY youngest sister HAD BEEN MURDERED - and the deaths were only 8 weeks apart.  He lied to me back in September 2016, he told me (Anthony) he knew nothing about the case of my deceased sister, yet I have a FRAUDULENT DOCUMENT SIGNED BY HIM - IAN ANTHONY stating that HE spoke with my mother before she died on April 16, 2016, yet he was NOT the coroner until September 2016.

The TWO police officers that came after me at the DEMAND of Dr. Ajay Mistry and his EVIL NAZI LIES, physically attacked me inside the hallway of my parents' home.  My youngest sister was also attacked during the FIRST WAVE OF PHYSICAL ASSAULTS caused by Dr. Ajay Mistry, as my sister was STILL ALIVE at the beginning of December 2015 and on that day 6th December, 2015 we were physically assaulted by Paul Hunter.  When I lodged a complaint with the chief about his physical assault, he answered that "I WAS JUST DOING MY JOB." And THAT was the quote that was USED by NAZI WAR CRIMINALS during World War II.  The other police officer Paul Thornton, physically assaulted me inside my parents' hallway when my youngest sister had been FORCED INTO HOSPITAL AGAINST HER WILL.  Thornton proceeded to SPIT in my face and then rammed my right arm up my back.  All that, because I was following my mother's instructions NOT to let them inside her house.  She didn't want THEM inside her private house.  Thornton also sexually assaulted me during the assault.  I lodged a complaint with the chief at that time and NOTHING was done about it and my complaint was SWEPT UNDERNEATH THE CARPET.

For the last 4 years, I have had the LEGAL door SLAMMED into my face regarding getting justice for my MURDERED family.  I also lodged a complaint with nhs hq and my complaint was DISMISSED as NONSENSE.  I complained to the GMC and I expected Mistry and Adekunle to be STRUCK off the practice register.  I was SHOCKED beyond belief when the GMC told me that THEY DID NOT DO THAT.  And do you want to know why they wouldn't help me?  The EVIL BILL GATES HAS BOUGHT THE GMC - THAT IS WHY and HE is CONTROLLING THEM, just like he is controlling our NAZI PUPPET LEADER Boris Johnson.

PLEASE JOIN THE RESISTANCE AND SPREAD THE WORD, TO STOP THESE EVIL MONSTROSITIES AND MURDERS OF INNOCENT PEOPLE.