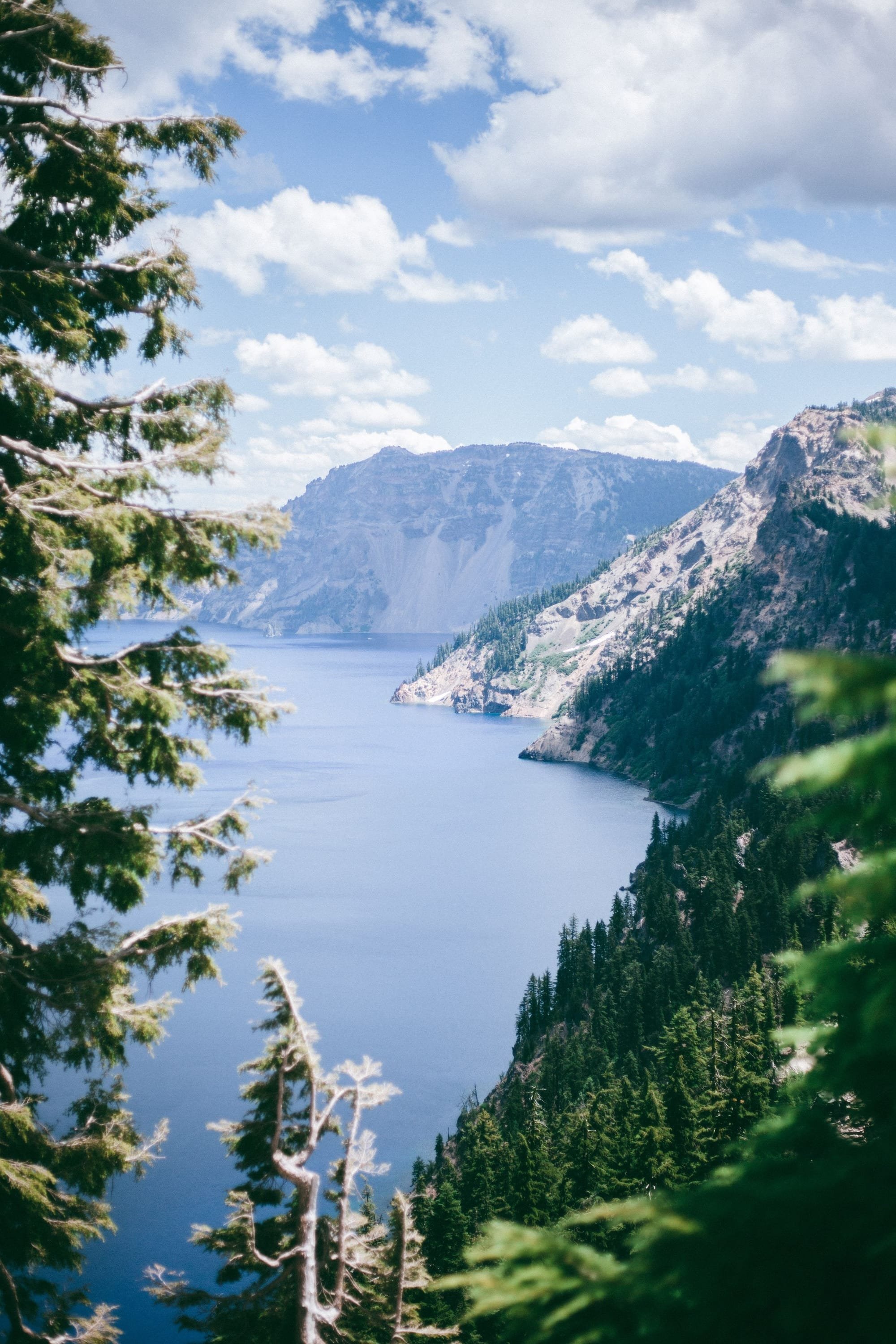 FIGHT TO PREVENT THE FOURTH REICH

We DEMAND that Bill Gates, the billionaire owner of Microsoft be INVESTIGATED.

This PSYCHOPATHIC MADMAN who possesses DESIRES to TAKE OVER AND RULE THE WORLD should be STOPPED IN HIS TRACKS RIGHT NOW.

This EVIL MONSTER just about OWNS every authority around the world, he is even partners with the EVIL - UNITED NATIONS and their AGENDA 21 and AGENDA 2030.  And part of their agendas are to : CONFISCATE property and land owners property and land, to arrest the property and land owner and remove them to be either KILLED by vaccine or to be lodged into a HIGH RISE concentration camp where they can be EASILY CONTROLLED and ENSLAVED to MAKE MONEY for Bill Gates and his COHORTS.  These agendas and plans were the SAME agendas and plans of ADOLF HITLER and the Third Reich in Nazi Germany during World War II.

If you haven't already read the United Nations Agenda 21 and Agenda 2030, then please GOOGLE it and read it for yourself.  You will be SHOCKED beyond belief.  This is REAL and we are AT WAR with our governments, Bill Gates and all of his cohorts.  THEY MUST BE STOPPED, otherwise we will ALL SUFFER A FOURTH REICH of NAZISM.

I saw an image of Bill Gates for the FIRST time recently and as soon as I saw him, there was SOMETHING ABOUT HIM THAT I DIDN'T LIKE and I am usually RIGHT.  He is ALMOST THE SPITTING IMAGE OF : HEINRICH HIMMLER of Nazi Germany's THIRD REICH. Gates's resemblance to Himmler is UNCANNY around his eyes and he even WEARS SIMILAR ROUND SPECTACLES to HEINRICH HIMMLER - Adolf Hitler's sidekick.

THIS MADNESS NEEDS TO BE STOPPED NOW AND GATES IS CONTROLLING EVERYONE BECAUSE HE HAS BOUGHT THEM.  HE NEEDS TO BE STOPPED NOW, BEFORE IT IS TOO LATE.  As the days progress the government is taking away MORE and MORE of our FREEDOMS and pretty soon - our FREEDOM OF SPEECH will be condemned to the annals of history forever and our RESISTANCE MOVEMENT WILL HAVE TO GO UNDERGROUND to continue the fight.

Every day our NAZI PUPPET LEADER - Boris Johnson (who is OWNED by Bill Gates) is INTRODUCING INTO LAW EVEN MORE MISERABLE OPPRESSIVE RESTRICTIONS.  Certain parts of the country have been BLASTED BACK INTO HOUSE ARREST again, when we haven't even been ALLOWED OUT OF HOUSE ARREST.  All this because of the EVIL PROPAGANDA MACHINE and using this new virus which is NO more dangerous than the seasonal flu as an EVIL EXCUSE TO OPPRESS ITS PEOPLE. These UNLAWFUL house arrests of the INNOCENT citizens is to BREAK DOWN communities and CAUSE DISTRUST in communities and BREAK DOWN family bonds - ALL DESIGNED to MAKE US MORE OPPRESSIVE and SUBMISSIVE - READY FOR THE NEW WORLD GOVERNMENT.  Another one of their EVIL aims in these HOUSE ARRESTS is to : STARVE PEOPLE TO DEATH, make them fearful to go out and GET GROCERIES.  Thousands of people have ALREADY DIED from starvation these past 20 weeks of house arrest, because they were too damned afraid to IGNORE the DIGITAL ROAD SIGNS of "stay home, save lives, protect the nhs" and go GET THEIR GROCERIES.  Had I taken notice of these EVIL SIGNS, I would have STARVED TO DEATH. My message to the RESISTANCE IS : DISTRUST THE GOVERNMENT, IGNORE THEIR SIGNS, DON'T WEAR KILLER FACE MASKS.  Another one of their NAZI political aims is to cause people to become so depressed that they commit SUICIDE and suicide levels have risen, since WORLD WAR III commenced.

Regardless of whether our FREEDOM OF SPEECH is SILENCED out in the open forever.  I can reassure you that OUR RESISTANCE WORK WILL CONTINUE and we will do WHATEVER IS NECESSARY TO CONTINUE FIGHTING THIS EVIL NON TRADITIONAL WAR with its MAIN WEAPONS OF : INSTILLING FEAR AND TERROR into the very hearts and souls of its citizens, VACCINES AS A KILLING MACHINE to KILL THE INNOCENT and DEPOPULATE THE WORLD.  This is the KIND OF EVIL WAR we are entrapped in, we have NO CHOICE but to FIGHT BACK TO REGAIN OUR FREEDOM.

My own DEAR, SWEET BELOVED family fell ill just over 4 years ago and at that time, I was IGNORANT to what was happening in the world.  My youngest sister was IN FRONT of me when she realised that SOMETHING WAS WRONG when she fell ill and she PROPHESIZED that if I acted upon what the EVIL NHS DOCTOR told me to do, that she would NOT come out of that hospital alive.  Unfortunately, that IS EXACTLY WHAT HAPPENED and I still can't forgive myself for taking MY PAL to the enemy so that they could KILL her with their LETHAL DOSES OF KILLER DRUGS.  I realised what was happening when it was TOO LATE.  My sister was already FORCED into E.R. on the afternoon of January 4, 2016 at 14.00 (I WILL NEVER FORGET THAT TIME AND DATE).  There, she was PUMPED WITH LETHAL DOSES OF SEVERAL DANGEROUS DRUGS on 15 minute intervals.  On the THIRD attempt, I CHALLENGED the KILLER NHS NURSE - BEFORE she administered the DANGEROUS DRUGS into my sister; I demanded "ARE YOU TRYING TO KILL HER?"  And the killer nhs nurse replied "I KNOW WHAT I AM DOING."  Apparently she did, because MY PAL DIED a HORRIBLE, EXCRUCIATING DEATH and I have to LIVE WITH THIS MEMORY FOR THE REST OF MY LIFE. I was BETRAYED and DECEIVED by the NAZI NHS and that COST MY DEAR, SWEET, BELOVED SISTER HER LIFE.  This WORLD WAR III has NOT just started, it was TAKING SHAPE OVER 4 YEARS AGO when my family and I got CAUGHT UP IN IT.  These BASTARDS need to be STOPPED, like I said, they are PLANNING TO KILL US ALL to DEPOPULATED THE WORLD so that they CAN SAVE MONEY and MAKE MONEY and BASK in the EVILS OF CONTROL AND POWER.  Bill Gates is an EVIL, NAZI BASTARD and it is HIS fault that my  beloved family are DEAD.  I will FIGHT TO THE BITTER END TO HONOUR MY FAMILY.

If Gates was a KIND individual, he would GLADLY give his BILLIONAIRE wealth away to less fortunate people in the world.  The IMPOVERISHED people of the third world.  Places like Africa would BENEFIT greatly from a HUGE CASH SUM of money and he could have said "HERE IS 5 BILLION DOLLARS, DO GOOD, DO WHAT YOU WILL TO BUILD ROADS, MAKE FRESHWATER DAMS SO EVERYONE CAN ENJOY CLEAN DRINKING WATER.  PLOUGH THE LAND AND PREPARE IT FOR HEALTHY CROP GROWTH."  But I know I am WASTING my breath stating this because Gates is a PSYCHOPATHIC MADMAN and his intentions are EVIL - TO RULE THE WORLD and to instigate MASS GENOCIDE via the NEEDLE and a POISONOUS VACCINE THAT KILLS AND MAIMS.  And we ALL know what happens to GREEDY, PSYCHOPATHIC MADMEN - they end up BEING DEVOURED by their OWN GREED, like Hitler and his henchmen - NOTHING GOOD WILL COME OF THIS EVILNESS.  If I were in Bill Gates position and possessed all of that money, I would GIVE MOST OF IT AWAY TO DESERVING PEOPLE AND CHARITIES and EXPECT NOTHING IN RETURN.  Why?  Because I am a GOOD PERSON and I VALUE - EVERYTHING THAT MONEY CAN'T BUY - HEALTH, LIFE, HAPPINESS, LOVE, FREEDOM (15FT CLASSIC WAVES - I'm a surfer), just thought I would throw that one in. These things I value more than ALL THE GOLD and money in the world - PRICELESS.

A little detour here - in 2013 leading up to the festive season, I was taking a walk with my father and he turned to me and asked me what I wanted for Christmas and I told him "I DON'T WANT ANYTHING."  And THAT didn't come out right and he looked SHOCKED, I didn't have my iphone with me to take a photo of him at that moment, but the LOOK ON HIS FACE SAID IT ALL.  Before he had a chance to speak, I blurted out "OH, I DIDN'T MEAN IT LIKE THAT, I MEANT THAT I DIDN'T NEED ANYTHING BECAUSE I HAD EVERYTHING I WANTED FOR CHRISTMAS, I HAD HIM (MY FATHER), I HAD MY MOTHER AND MY TWO SISTERS and to ME - THAT WAS THE BEST CHRISTMAS gift I could ever receive - PRICELESS. It was MUCH MUCH better than having something material wrapped up in a fancy gift box with a pretty ribbon and a bow.  That is what I wanted for Christmas - MY FAMILY.  Now, I don't even have that, because I have BEEN CRUELLY ROBBED of them.

STOP BILL GATES AND REMOVE HIM FROM THE EQUATION OF OPPRESSIVE TYRANNY AND ENSLAVEMENT OF THE PEOPLE OF THE WORLD.