DO YOU WANT TO BE THE NHS NEXT VICTIM? 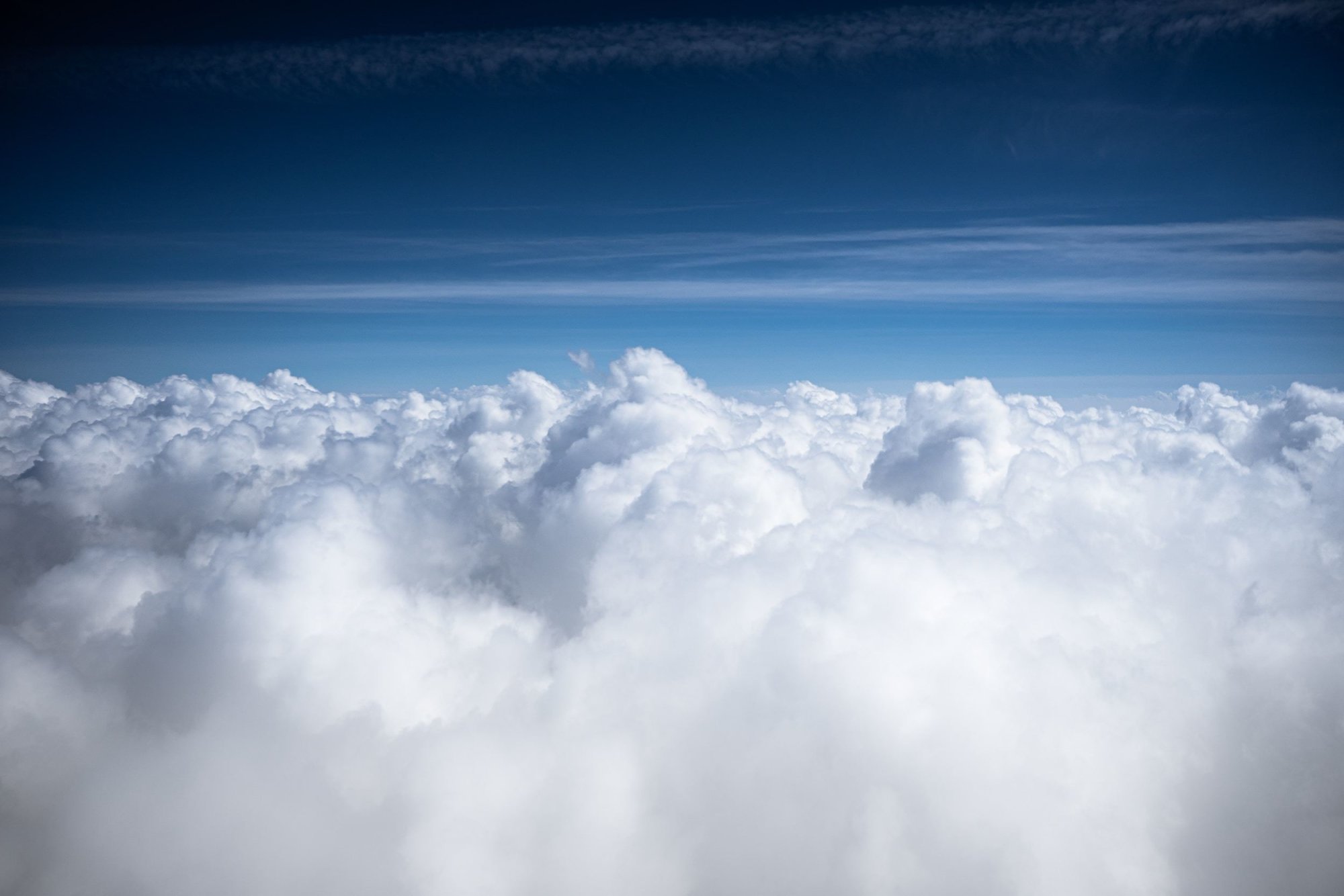 The Evil Nazi KILLER NHS are seeking 250,000 human guinea pigs to enable them to continue their EXTREMELY PROFITABLE and EVIL scientific research for a new DANGEROUS TOXIC VACCINE for the NON THREATENING covid19 virus.

How much do you value your life?  What price would you put on your own life?  I can answer that question - LIFE IS PRICELESS and if you chose to become a HUMAN GUINEA PIG for these EVIL MONSTERS, you could end up DEAD in a few months or in one years time and then what are you going to do with the few pounds that you have been paid for for being part of an EVIL EXPERIMENT, that in the long run will do NO good but will HARM many people?  Money will be of NO use to you when you are DEAD.  Is that what you want?  My youngest sister and my father used to say that MONEY WAS AT THE ROOT OF ALL EVIL and they were RIGHT.  That is why I value EVERYTHING THAT MONEY CAN'T BUY and that includes HEALTH.

What you are experiencing right now is the FIRST stages of the synchronised worldwide United Nations Agenda 21 plan - the Resettlement program to DEPOPULATE the earth and to ENSLAVE the five hundred million survivors of the 21st century holocaust and the EVIL KILLER NAZI NHS are contributing to the DEPOPULATION of the earth by KILLING PEOPLE and people WILL succumb to the new DANGEROUS TOXIC VACCINE and they WILL DIE.

Mandatory vaccines are on the cards and it will be coming to your home SOON.  The EVIL OPPRESSIVE NAZI government are UPPING their game, they have ALREADY ENFORCED ILLEGAL LOCKDOWNS causing MASS STARVATIONS and SUICIDES and the MANDATORY VACCINE will be the NEXT STAGE in their game plan to KILL PEOPLE.

Your government, the media and most of the tabloids are OWNED by Bill Gates of the Bill & Melinda Gates Foundation.  And he has ALREADY persuaded President Trump NOT to proceed any further with a vaccine safety inquiry and even though he does NOT hold a MEDICAL DEGREE, he is giving out HEALTH ADVICE and telling everyone that VACCINES ARE SAFE, he is an EVIL LIAR and if you all are NOT CAREFUL, Bill Gates WILL be holding the REMOTE CONTROL BUTTON to control the UNDER-THE -SKIN microchip that most people will have inserted into their body and ANYTHING CAN HAPPEN AFTER THAT.  Can't you see that THIS BILLIONAIRE BASTARD is trying to TAKE OVER THE WORLD?  He promotes himself as a DO GOODER, he is an EVIL LIAR and he has BOUGHT himself a SEAT at the United Nations and he has a SAY IN WHAT HAPPENS to the people in the world.  And once this NAZI CUNT takes over the world, he WILL be CONTROLLING your EVERY MOVEMENT.  Disobey the NEW WORLD ORDER RULES and you will have your ENERGY SUPPLIES and water cut off via the REMOTE CONTROL. They will PUNISH you in other ways also, like DISALLOWING you access to food, travel, drivers licence, cars, etc.  Why do you think that they are inventing DRIVERLESS CARS?  It is another way in order to CONTROL YOU.  Your TORMENTORS WILL be able to control the car or vehicle by REMOTE CONTROL.  Once you climb into that driverless car, you WILL be at the MERCY of the CONTROLLERS, the doors will be automatically locked and you will NOT be able to get out until it reaches its destination.  Is that what you want? My sister and I used to be big fans of Knight Rider and the scenes in this show were SO FAR FETCHED, we found it amusing and laughable.  In one scene, Michael Knight was pulled over by a cop for sleeping at the drivers wheel, he had his head on the side window and it was SO COMICAL.  The cop didn't know that the computer was driving the car.  It is NOT funny any more, this is happening right now, they are developing driverless cars.  It is ALL connected to the NEW WORLD ORDER and the NEW WORLD GOVERNMENT.  Then there are the hackers and who knows what a hacker can do to a under-the-skin microchip and Bill Gates - THE CONTROLLER could press the TERMINATE BUTTON any time if you DISOBEY the RULES OF THE NEW WORLD ORDER and then you will be blasted into eternity forever.  They are already tracking you right now with these computers and apps and we DON'T want this to proceed any further. This is the stuff of FRIGHTENING NIGHTMARES and it is all coming true, we NEED TO STOP THIS FROM HAPPENING.

Bill Gates reminds me of a big bully called IAN when I was a toddler, for NO reason this bully Ian who was TWICE my height at the time decided to reign blows down on top of my head and he was throwing me around like a RAG DOLL.  There were around 10 children stood watching Ian kick the living daylights out of me, including Ian's older brother Paul.  At that time when I was 6 years old, I didn't know how to fight or defend myself, so I asked Paul to stop his younger brother from striking me and Paul replied "I can't I am frightened of him." which I was sceptical about.  NOBODY helped me and eventually I struck him back hitting him in any which way that I could and eventually this BIG BULLY let go of me and he walked away bleeding, scratches all over his head, chest and body and he was holding onto a bloody RIPPED white tee shirt and he was TWICE MY SIZE.  Watch out BILL GATES, THE NEW SARAH CONNOR IS HOT ON YOUR TRAIL AND SHE MEANS BUSINESS and her name is JANICE SUSAN JONES.

In one of the Terminator movies, Sarah Connor set out to track down an engineer called Dyson who was developing a new and more dangerous microchip to insert into the human android machines in order to KILL more people.  She was determined to STOP this engineer from doing this, because if he succeeded, the human/android machines would have ENDED the world.  The real life Sarah Connor is sat right here and her name is JANICE JONES and she is FIGHTING THE REAL VILLAIN - BILL GATES to STOP this BASTARD from developing these dangerous microchips.  And she WILL continue in her mission to STOP ALL OF THIS EVILNESS FROM HAPPENING.

I NEVER wanted this honor and just like Sarah, when I was a teenager, I couldn't even balance my cheque book, it was my YOUNGEST SISTER who taught me how to balance my cheque book and organise myself and my life and unfortunately, she became one of the FIRST VICTIMS of this AGENDA 21 plan to DEPOPULATE the earth.  Even though she was ill, she FOREWARNED me what would happen if we went to the surgery that FATEFUL afternoon on January 4, 2016 and the following is her EXACT WORDS.  "IT IS A TRICK, TO GET US TO GO TO THE SURGERY, THEY WILL FORCE ME INTO HOSPITAL AND I WILL NOT COME OUT ALIVE."  I have to PAY for that now and I have been PAYING for that MISTAKE for 4 years and I am STILL HEARTBROKEN and GRIEVING, because I lost MY BEST PAL to the EVIL ENEMY.  My sister was always the one who used to accuse me of not listening to her, but that wasn't true, even though I wasn't looking in her direction sometimes, I have REMEMBERED ALL THE WORDS SHE SAID TO ME AND ALL THE ADVICE SHE GAVE TO ME.  I TRUSTED the NHS and they BETRAYED that TRUST, they MURDERED my youngest sister by pumping LETHAL AMOUNTS OF TOXIC drugs into her body at 15 minute intervals until she died.  When I realised what was happening, I TRIED to STOP THE KILLER NHS NURSE from KILLING MY SISTER, security was called and I was ejected from that KILLER NAZI NHS HOSPITAL and they succeeded in KILLING MY SISTER.  Indeed, they KILLED all of my family.  There were 3 murders within 12 weeks from November 2015 to April 2016 and ONE MURDER at Christmas 2018.

Thank you for all of your support, we really APPRECIATE IT.