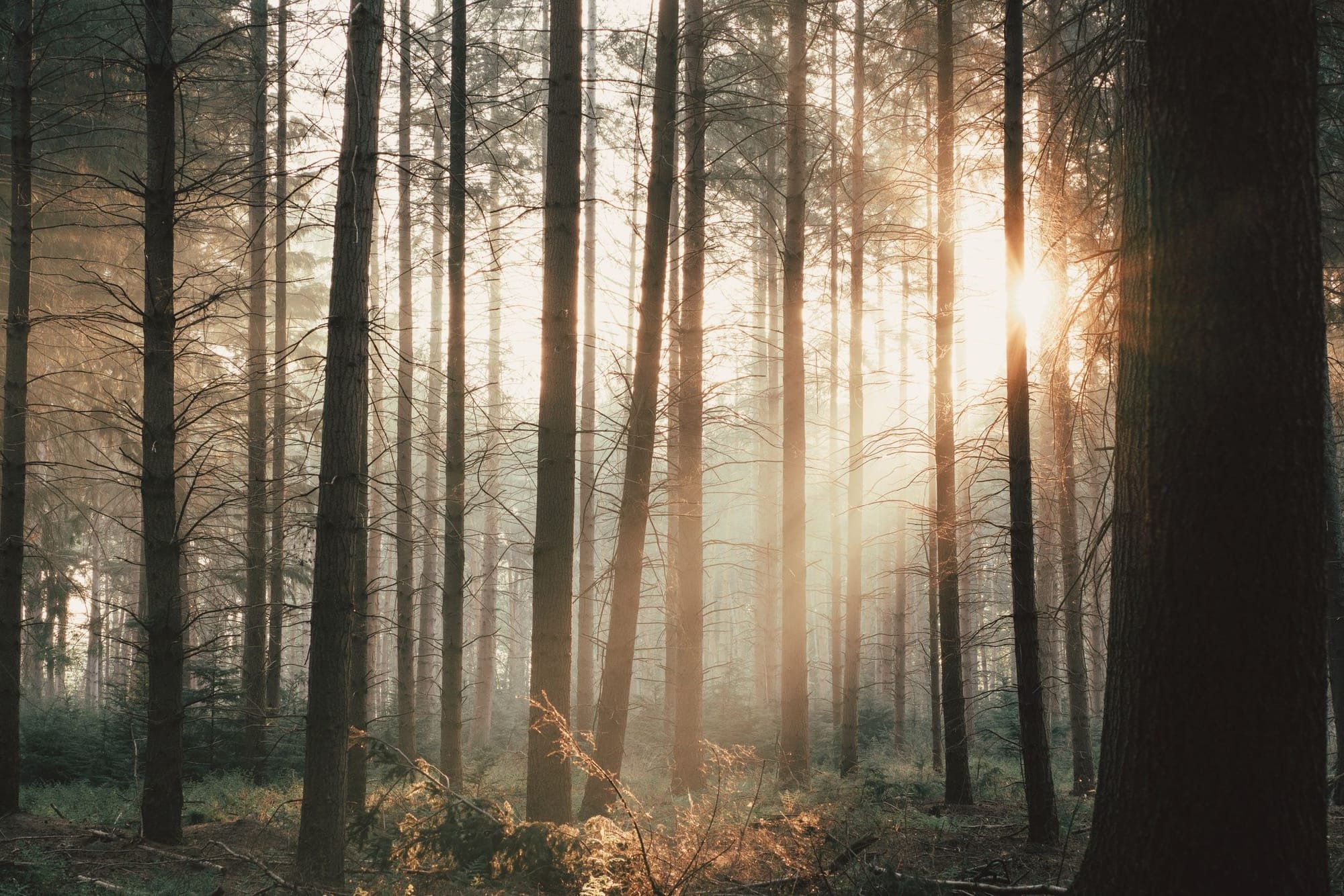 In the event that you haven't noticed WORLD WAR III has COMMENCED.  We are NOT fighting a traditional war where there are BULLETS, TANKS, MACHINE GUNS, GUNS.  It is a war that has eurpted throughout the world that surpasses all other world wars in the history of this planet and it is SHOCKING.

Boris Johnson the nazi puppet reich protector is SHOWING his TRUE colours as an EVIL FUHRER with EVIL intentions to DESTROY the people of the UK, as this country was once known and identified as Great Britain and a FREE COUNTRY.  Not any more, this EVIL 4TH REICH PROTECTOR is taking away more and more of your FREEDOMS as time progresses.  You are ORDERED to wear a FACE MASK when entering shops and other public places - THAT GOES AGAINST OUR HUMAN RIGHTS and TAKES AWAY OUR FREEDOMS. This NAZI PUPPET, who is being CONTROLLED by the EVIL - BILL GATES, because Bill Gates has BOUGHT HIM, is now considering forcing British people to wear GLOVES when out in public and going into shops.  He is a MADMAN and he is NO different to his predecessors : ADOLF HITLER, REINHARD HEYDRICH and their HENCHMEN.

DON'T do as he says, IF YOU DO - YOU WILL BECOME A SLAVE TO THE SYSTEM.  He and his EVIL 4TH REICH in the UK are PRIMING YOU UP to ENSLAVE YOU INTO ACCEPTING THIS NEW VACCINE into your body.  This DANGEROUS, TOXIC, POISONOUS VACCINE WILL KILL YOU - you MUST REFUSE the vaccine if you care for your life and your health.  This PROPAGANDA NONSENSE that he is putting out is all for the benefit of HIM and HIS government, the Bill & Melinda Gates Foundation, the United Nations, the World Health Organisation.  They are our ENEMY - THE 4TH REICH. it is for THEIR benefit that people take this POISONOUS VACCINE that will KILL them, THEY WANT YOU TO DIE, that is part of the EVIL PLAN to DEPOPULATE the earth and they have ALREADY commenced.  In Britain alone, THOUSANDS of elderly people have been MERCILESSLY SLAUGHTERED by this EVIL GOVERNMENT of the 4th Reich.  This EVIL practice NEEDS TO BE STOPPED NOW.

Right now our FAT REICH PROTECTOR is PLOTTING another LOCKDOWN.  He is using PSYCHOLOGICAL WARFARE  TACTICS to SCARE the population into OBEDIENCE and he is partially succeeding.  He MUST BE STOPPED.  He is being controlled by EVIL NAZI DICTATORS who are hidden amongst the organisations that I have mentioned.

Indeed, you will hear NO TRUTHS from the MAINSTREAM MEDIA, because most of them have been BOUGHT by Bill Gates and his main ambition is to : have the world DEPOPULATED.  And he will do this through this NEW KILLER VACCINE - do NOT ACCEPT this new vaccine into your body.  It is DANGEROUS and LIFE THREATENING.

Just google it, these documents are there for EVERYONE to read.  It is HORRIFYING what they have planned in store for the whole world population.  I have NOT had a good nights sleep since reading these TERRIFYING documents.  The United Nations ambitions are NOT in favour of the world peoples, neither are these ambitions for the good of the world peoples.  What kind of person would accept HAVING THEIR OWN PROPERTY CONFISCATED AND BEING ARRESTED AND HAULED OFF INTO SPECIAL RESETTLEMENT AREAS INSIDE CITIES?  You DON'T want this life, it is the STUFF OF NIGHTMARES.

Just ask yourself : "DO I REALLY WANT TO BE A WORLD SLAVE TO NEW WORLD ORDER, LIVING IN A CITY OF HIGH RISE CONCENTRATION CAMPS."  You need to give that a LOT OF THOUGHT, because that is one of the plans of the United Nations.  I have READ it for myself and I have been troubled by it since.

Since my family were murdered by the NAZI NHS 4 years ago, I inherited my father's property and my father BUSTED his ass trying to make this house decent and looking like a little palace.  I'll be DAMNED if I have it taken away from me, by some MAD LUNATIC from the United Nations.  I am PREPARED TO FIGHT and I am FIGHTING FOR OUR FREEDOMS RIGHT NOW.

TERMINATOR - THE WAR WITH THE MACHINES

When the original movies of the Terminator came out, it was something new, exciting, futuristic, entertaining, engaging, terrifying, frightening FICTION.  Those early movies have just as much IMPACT on me today as they did when I was a young woman. If we DON'T stand up and FIGHT BACK - these fiction movie contents COULD BECOME REAL and UNFORTUNATELY, THAT WILL BE OUR FUTURE - FIGHTING THE HUMAN/ANDROID MACHINES.  Do I sound too far fetched?  Just ask yourself this question?  "How many robots and computers are taking over human jobs right now?"  YES, that is RIGHT - A LOT.  Just check out STAPLES UK.  They have a CRUDE ROBOT packing and shipping goods out to people.  Science boffins have even invented a prototype JOHNNY 5 lookalike robot that folds away and they have been testing it to see how it fairs in DELIVERING PARCELS TO HOUSES inside a remote controlled van.  It is ALL THERE ON THE INTERNET, if you dig around and look for it.

Our future looks dismal and bleak and we could end up fighting yet another TRADITIONAL type war in the future, not too unlike TERMINATOR.  The people versus THE MACHINES.  You DON'T want that kind of FRIGHTENING AND TERRIFYING FUTURE, TRUST ME, YOU DON'T.  We need to NIP this in the BUD RIGHT NOW in the RESISTANCE MOVEMENT.

Bill Gates the billionaire software entrepreneur and philanthropist - NEEDS TO BE TAKEN FROM POWER AND STOPPED.  He has RUTHLESS AMBITIONS TO DESTROY LIVES and he will DO THIS VIA A NEW VACCINE for this FAKE CORONAVIRUS that is NO MORE DEADLIER than the seasonal flu.  Like DYSON the software engineer in the Terminator movies - GATES - NEEDS TO BE STOPPED.  He is planning to create and wreak HAVOC, CHAOS AND DESTRUCTION of the WHOLE PLANET.  That is HOW DANGEROUS this individual is.  He owns and controls MOST of the world governments because he has BOUGHT IN TO THEM. During the 1990's it was GATES who was behind all of those young child bearing age African women who were MERCILESSLY SLAUGHTERED by one of the DANGEROUS, POISONOUS VACCINES.  The young women were told that the vaccine WAS FOR THEIR OWN GOOD - well MOST OF THEM DIED and those who didn't die were left SCARRED AND MAIMED FOR LIFE.  This WICKED, RUTHLESS philanthropist of the MICROSOFT Corporation , needs to be STOPPED.

This VERY WELL RESPECTED and retired general medicine doctor is a GEM and a WEALTH OF TRUTHFUL information about these EVIL events that are taking place in the world RIGHT NOW.  Go to YOUTUBE : type in : VERNON COLEMAN VIDEOS.  Here - you WILL learn the REAL TRUTH about the government's EVIL intentions.

Like I have mentioned in a previous blog, I am NO Sarah Connor, I DON'T have a son called John, but that was my grandfather's name.  I DON'T have a hero called REESE coming back from the future to help me to FIGHT THIS NEW WORLD WAR III, but I am a GOOD organiser, I can FIGHT BACK and I am NOT AFRAID TO FIGHT FOR THE FREEDOM OF THE WORLD PEOPLES.

You are EXTREMELY WELCOME to join us in our campaign to FREE THE WORLD from tyrannic NAZISM.

Spread the word - TELL people that WORLD WAR III has commenced, point out that the world governments have ALREADY KILLED many elderly people, blaming it on a fake virus, PROPAGANDA AND LIES.  The majority of elderly people have been POISONED to death, others have STARVED to death, because of the EVIL FEAR MONGERING PROPAGANDA MACHINE. Tell them the TRUTH.  Unless we STOP this MADNESS it will progressively GET WORSE.  There will be ARRESTS and people will be FORCED to take this EVIL, DANGEROUS, TOXIC VACCINE INTO THEIR BODY, which will KILL them.  Trust me, you DON'T want to be STRAPPED down to a device and have them PUMP POISON INTO YOU.  Tell people what the governments around the world are doing - they are INSTILLING FEAR AND TERROR INTO THE HEARTS AND SOULS OF THE EASILY INFLUENCED, making them into OBEDIENT SLAVES.  They are going to take MORE FREEDOM AWAY from us all in the coming months and years.  Tell people that IT WILL NEVER GET BACK TO NORMAL UNLESS WE ALL FIGHT BACK and WIN.  Tell people we are AT WAR, at WAR with our own governments.  They need to be OUSTED OUT OF POWER in order for us all to regain our FREEDOMS.  Tell them that this NEW CORONAVIRUS SCARE IS A HOAX, a CLEVER PLAN to TERRORISE PEOPLE INTO BEING OBEDIENT.  It is ALL LIES AND PROPAGANDA.

MY OWN FAMILY SADY BECAME VICTIMS OF THIS EVIL DEPOPULATION PLAN. I wasn't aware of it at the time.  The date was November 18, 2015 - when my family started to be MURDERED by the NAZI NHS.  My youngest sister (MY PAL) resisted and fought back as MUCH AS SHE COULD.  It all makes sense now, especially after being enlightened by Dr. Vernon Coleman on youtube and what I have researched on the Net.  Something DIDN'T FEEL RIGHT AT THE TIME and I started to RESIST inside the E.R. at the nazi nhs hospital.  I demanded of this bitch that was administering intravenous poison into my sister "ARE YOU TRYING TO KILL HER."  The bitch replied "I know what I am doing."  Apparently she did, because it was through her and her colleagues that my sister DIED.  My dear, sweet, beloved youngest sister became a VICTIM of this EVIL world wide plan to KILL ALL THE PEOPLE.  She was MERCILESSLY STRAPPED TO AN NHS HOSPITAL TROLLEY BECAUSE SHE WAS PROTESTING.Then she was intravenously fed 3 separate lots of LETHAL COCKTAILS OF DANGEROUS, POISONOUS DRUGS WITHIN THE SPACE OF 15 MINUTES.  When I moved in to TRY TO STOP THIS MADNESS, they called the hospital security and the police on me.  I couldn't get anywhere NEAR MY SISTER.  They MERCILESSLY INJECTED MY SISTER WITH A LETHAL COCKTAIL OF DANGEROUS, POISONOUS DRUGS including OPIATES, NARCOTICS and heavens knows what else - SOMETHING WAS WRONG.  We trusted them and that TRUST WAS BETRAYED, now I HATE THE NHS who have NAZIS working for them.  My whole family were MERCILESSLY MURDERED by them.  When I went into the corridor shouting MURDERERS, they TRIED TO SILENCE ME.  I was THROWN OUT OF THE HOSPITAL.  I will NEVER shut up.  So far, they have GOTTEN AWAY with CRIMINAL HOMICIDE of my dear, sweet, beloved family, who I tried to DEFEND AND PROTECT.  They are planning to KILL MANY MANY MORE PEOPLE.

WELCOME TO THE ONLINE RESISTANCE MOVEMENT

When I went into town very recently on July 20, 2020 I was SHOCKED to see how the town had changed in just 3 months.  I got the impression that I was STEPPING BACK IN TIME TO 1942 NAZI OCCUPIED CZECHOSLOVAKIA - there were SIGNS everywhere, just like they were in 1942 nazi occupied Czechoslovakia.  Signs advising motorists on what the government would do if the motorist DISOBEYED their rules.  There were BARRIERS everywhere outside shops and banks - that were open and YELLOW JACKET officials strutting around BARKING ORDERS at the few TERRIFIED masked up shoppers that were in town.  These yellow jacket officials were BARKING ORDERS at the shoppers and acting like the WERMACHT DIVISION who were posted in nazi occupied Czechoslovakia in 1942 - it WAS SHOCKING, I COULDN'T BELIEVE IT.  I was one of the few shoppers who were NOT intimidated by what was happening and I was NOT wearing a mask. I did NOT follow orders and I went about my business.  Most of the shops were STILL CLOSED, it looked like a GHOST TOWN.

PLEASE JOIN US, SPREAD THE TRUTH, LET'S ALL STOP THIS WAR TOGETHER.